Strong protest against monarchy in Thailand, declaration of strong emergency in the country 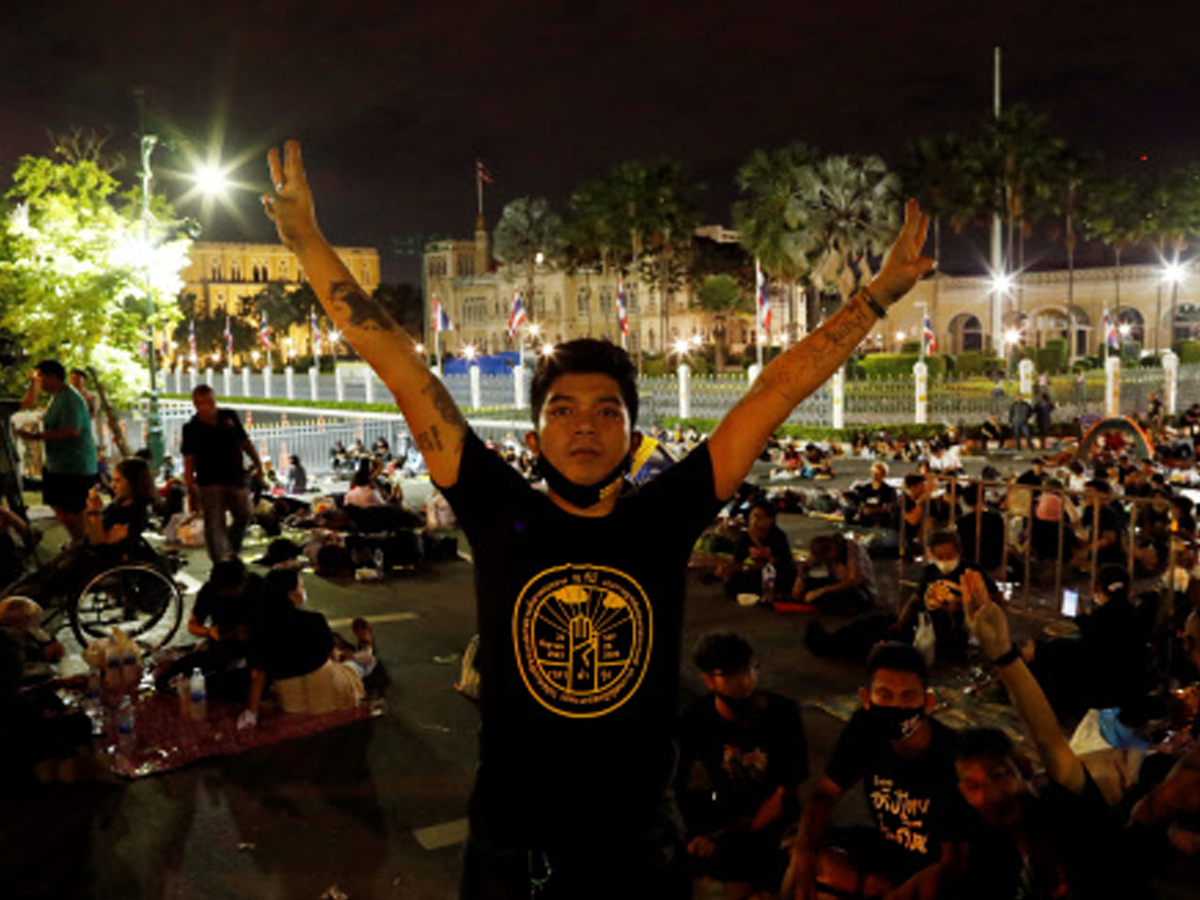 Bangkok
A strong emergency has been announced in the country to crush the protests of the students who have been protesting for the last three months demanding reform of the monarchy in Thailand and the resignation of Prime Minister Prayut Chan Ocha. Police has arrested at least 20 protesters. The Emergency prohibited the gathering of more than 5 people and the publication of news that harmed national security. Thailand’s police dispersed a group of pro-democracy protesters camping overnight outside the Prime Minister’s office in the early hours of Thursday. The Prime Minister has imposed an emergency in the capital region, so that the authority can take action against the protesters. The police then dispersed the protesters. Thailand already has an emergency-like situation due to restrictions imposed in the wake of the Corona varius infection. Even before the police action, a leader of protesters had announced to end the rally at the Prime Minister’s Office ‘Government House’, after which many protesters had already left. Despite this, more than a hundred people were present there. The protesters have announced that a rally will be held at some other place in the capital Bangkok on Thursday afternoon, but Deputy Police Spokesperson Colonel Kissana Fathanacharoen warned them not to do so. Police said that they have arrested more than 20 people for violating the emergency. He has not been officially charged.

Why protests are happening in Thailand
The protesters are demanding reforms in Thailand’s constitutional monarchy. He claims that it does not function properly in a democratic system. Preyut Chan-o-cha, formerly the army chief of Thailand, overthrew the country in 2014 by a coup. Under his leadership, the new constitution of Thailand was prepared in 2016. In which many such rules were made which were against human rights. It also has a provision for severe punishment to those who criticize the government and the king. Thailand also had elections in 2019, in which Pryutt’s party won. However, people allege that the government won the election by making a mess on the strength of its power. Since then, protests have continued against him.