India built 44 bridges along the border, China got hot 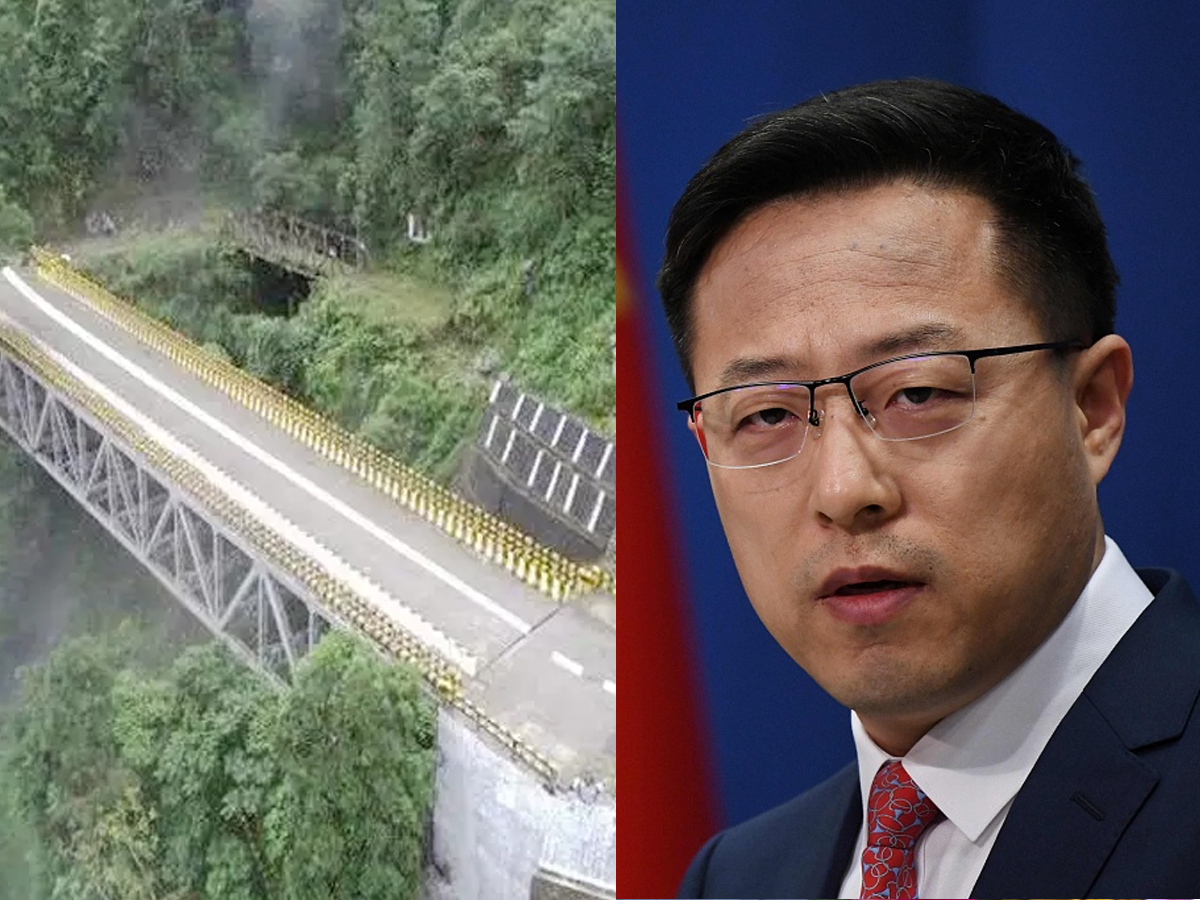 Beijing
Dragon has been badly dented by the construction of 44 new bridges in 7 states and union territories adjoining China in India. Chinese Foreign Ministry Spokesperson Zhao Lijin on Tuesday expressed concern over the construction of the new bridges and said neither side should take any step in the area that complicates the situation. The Chinese spokesperson said that China opposes any infrastructure for military surveillance and control. The Chinese spokesperson’s statement comes at a time when India has built 44 new bridges in the border areas. Defense Minister Rajnath Singh inaugurated the bridges built by the Border Roads Organization (BRO) in 7 states and union territories. These bridges were constructed at a cost of Rs 286 crore. After this inauguration of Rajnath Singh, China is now getting hotter. China, which has been building a large number of road and military bases in the area adjoining India, is now blaming India on the contrary. China is continuously building or upgrading several military bases in Arunachal Pradesh, Sikkim, Uttarakhand and Aksai Chin areas. Not only this, China has also deployed deadly weapons and missiles at these bases.

BRO constructed 54 bridges in one year
To meet this challenge of China, India is now strengthening the infrastructure in the border areas. The Defense Minister also laid the foundation stone of Nechifu Tunnel. BRO has built a record by constructing 54 bridges in a year. Rajnath Singh said that the inauguration of such a number of bridges and the foundation stone of the tunnel together is a big record in itself. Located in seven states and union territories, these bridges will usher in a new era of connectivity and development. The bridges built by BRO will be convenient for India from the war to the people at large. Among the bridges the defense minister inaugurated include 10 bridges in Jammu and Kashmir, 7 bridges in Ladakh, 2 bridges in Himachal Pradesh, 4 bridges in Punjab, 8 bridges in Uttarakhand, 8 bridges in Arunachal Pradesh and 4 bridges in Sikkim. Of the 44 bridges that Rajnath Singh inaugurated, 22 have been built to connect the India-China border alone. After the construction of these bridges, it has become very easy to reach the India-China border. Prime Minister Narendra Modi also inaugurated the Atal Tunnel Rohtang in Himachal Pradesh of strategic importance between China and China. With the construction of this bridge, the Indian Army can easily transport heavy machinery for the army to the border of China.